After the intense, teaching an truly interesting study trip to different bicycle and part factories, I started travelling independently around China. First stop: Beijing! After Taipeh, Shouzou and Tianjin this is the last multi-million inhabitant metropolis on my way to a couple days of vacation in the famous karst-mountain region Yangshuo. A climbers and outdoor paradise in the south of China.

Upon my arrival I recognized how difficult it is to find my way when google maps doesn’t work, you do not speak more than five words of the local language, do not carry a city map and cannot read the letters. At least I knew the metro station I had to go to from the south railway station (Dongzhimen, which also has the convenient shuttle train to the airport) and had the name of my hotel written in Chinese letters on my smart phone. Some very nice people on the street helped me out and so I found my way. 1st thing at the hotel; I got a city map. The city is in fact really compact and easy to orientate in – everything is developed in square blocks, further several ring roads go around the city, the 7th and last one is still in construction and will be an incredible 940km long! From the Hotel I went to meet Ines, owner of „Natooke“, maybe the only bike-store in China that sells mostly fixies and single speed bikes?! Ines is a passionate cyclist and does a great job to foster (and in fact maintain) Beijing-cycling culture. Saying that, first thing we did was go and play bike polo on a public square (see some of the pictures, sorry none in action :-)). What an arrival!

Beijing mobility at a glance

There are two main developments that dominate traffic in Beijing in recent years – and they are the same for most bigger cities in China – one: Population growth, from 10 million in 1990 the city doubled to 20 million in 2010 (click here for population dynamics in all China provinces). Two: Private cars are extremely popular in China – so the amount of cars per inhabitant is growing. In Beijing in 1997 there was one car per 13 people 2008 it was already one per 5 inhabitants, 2014 the total was 5,59 million cars (all car related numbers according to China Daily printed ed. 14/15.3.2015).

More congestion and bad air quality are the consequences. The latter being additionally influenced by pollution coming from the surrounding Hebei province and its vast burning of coal for energy and and steel production (Heibei produces more steel than the US and EU together). Levels of harmful PM2.5 particles in Beijing are often over 300 micro grams per cubic meter, which definitely is a lot!

In my three days stay, the values were continuously over 200. Many people refrain from outdoor activities at these levels and cycling around I could feel why. It is very unpleasant especially when breathing a little heavier due to exercise. To get an idea what the numbers mean here is a comparison: The EU-air quality directive sets 25 micrograms per cubic meter as target for European cities, so Beijing is tenfold above that many days a year.

After neglecting the issue for a long time, the Chinese government is now relatively open about the problem, nearly every Beijinger im met has a real time smartphone app that displays pollution levels (Ups, saying that the government is open about the issue I just found that all international articles concerning premature deaths due to air pollution in China are blocked. So I cannot provide a link about that topic for now).

So what? Bike it!

Back to „me in Beijing“ – moving around on a bike in Beijing is very convenient and fun – despite of the above. Especially when you have a nice bicycle and are guided by someone as well orientated as Ines you are definitely faster than cars. Wide bike lanes still exist from the old days and are somewhat respected. If they are full of parked cars you can always use the car lanes and sidewalks, just pay attention to the many others around you. Generally everybody does what they like to a certain extent. It’s a „negotiated flow“ as Shannon, a colleague activist of Ines called it (together they do „Smarter than a car“ an initiative to promote cycling in Beijing). So even when cars are stuck, sneaking through on a bicycle is always possible. Also the atmosphere on the roads is less aggressive than in many European cities – car drivers are usually quite careful and drive rather slowly, which both might be because it’s many peoples first car that you see on the road.

At night time is when it is best – which is why Ines organizes night rides every once in a while. So if you ever make it to Beijing, rent a bicycle at Ines store or elsewhere and tour around at night. At day time you can even ride to the Chinese wall it’s only around 50k (I didn’t do it because it started to rain for the first time in months and so the streets were full of black oily grease when I was about to leave). So no Chinese wall for me, however do have a look at the pictures below to get an impression of the city (move mouse arrow over the image to see its title):

The trend to have more cars and more people in the city is an obvious problem. And despite doubtful projects such as the 7th ring road, the government does do some quite strong measures to go against it. They limit the use of fuel vehicles e.g. by:

In particular the ban of trucks has brought out a spectacular mode of goods delivery in Beijing and many other Chinese cities as Shannon pointed out: From any Chinese city to another on you can get goods delivered within 24 hours – from a hub near the airport or train station this works completely electrified on small e-trikes, they maneuver well in narrow streets and make no noise and pollution on the spot! (Having lobbied for sustainable inner city logistics and cleaner air in EU cities in a VCD project the last two years, I have to say that this is ground breaking! Any EU city who copies that will be the next European Green capital for sure!)

At the same time the government invests in public transport – starting from 2 metro lines in 2002, now there are 17 (see metro plan among the fotos above and Wikipedia for more details). The Beijing network is the busiest in the world and the second largest after Shanghai – it does around 10 million trips per day, which I would guesstimate as a modal share of around 12,5% (supposing the usual; that every citizen does around 4 trips a day, so 20 million inhabitants altogether do around a total of 80 million trips per day, then 10 million are 12,5%).

The network does however not nearly meet the demand and even though it is to grow further until 2020 many say that it is poorly planned and was started too late in the process of the cities‘ growth (Shanghai apparently did better in that sense). Further the city started a trial with electric battery fueled buses in march 2015 and runs hundreds of electric trolley buses.

The city doesn’t do pro cycling campaigns or express other strong commitments for cycling, however to rise the number of cyclists again it has installed a new public sharing system in 2012. The first hour is free of charge! Renting works comfortably via a Transport IC card (also good for metro). In my impression the number of bicycles and rental stations seem to be really high, they were on every 2nd corner. However, compared to other cities I have seen lately (e.g. Taipeh and Lyon) the usage was not so abundant. There is few official information about the system available online, but this blog article gives some insights. Also the above mentioned GIZ fact sheet is helpful.

Cycling infrastructure wise, the issue is to maintain the existing network of cycle paths and prevent them from being blocked by parked vehicles. Further, as far as I saw, there needs to be a strategy on bike parking – there are hardly any good facilities – this makes bike use less comfortable and theft a serious and annoying issue.

Summing up, the city should definitely do more to make cycling more popular and preserve it’s rich cycling heritage. This job should not only be left to passionate activists. However when comparing Beijing’s actions for cleaner air, e.g. the investment in public transport and the policy to curb fuel cars in the city to what EU cities do, I really wish, the latter would take up Beijing’s pace.

Having said all this, I am back with Ines and Shannon who started „Smarter than a car“, organize events as night rides on bikes, work on bringing fancy bikes to Beijing and lobby for the protection of cycle paths. They succeed in many fields but at the same time, car orientated policy (such as the 7th ring road) and the wish to have a private car among Chinese middle class people is a strong enemy to tackle. The myth of liberty and status represented by a car withstands statistic facts: Too many cars will ruin every cities living quality blocking each other and everything else… Beijing is not far away from that, the two dynamics mentioned in the beginning have to change.

The e-Bike Tour in China and Taiwan

You get what you pay for 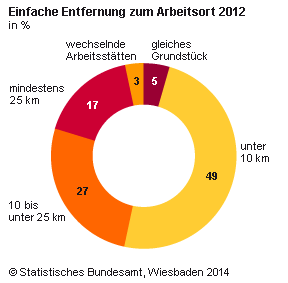